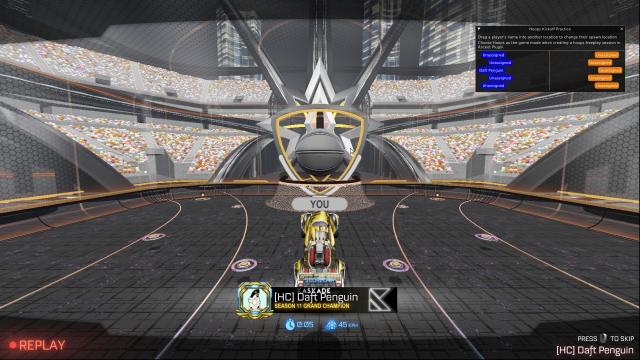 A BakkesMod plugin to help with practicing hoops kickoffs in freeplay.

These features work with multiple players in either a local freeplay session or a freeplay session via Rocket Plugin (select Hoops as the game mode in addition to selecting the Dunkhouse map).